It's not uncommon for wedding couples to wonder why people get married when they're in the midst of choosing the perfect wedding dress, debating the merits of different wedding invitation wording, and worrying about wedding guest etiquette. Marriage is about more than a fancy party or a sparkling ring and understanding the underlying reasons why people get married can ensure couples are making the right choice as they plan their special day.

Every couple has different reasons to get married that apply to their unique relationship, and many couples share similar reasons for planning the long walk down the aisle. Whether a couple's reasons are emotional, legal, financial, or some combination of these, recognizing why marriage is important can help them understand the commitment they have to their long-term relationship.

Most People Marry for Love

For many couples, emotional reasons are the most obvious cause for walking down the aisle. According to the Pew Research Center, 88% of the general public reports that love is the main reason they chose to tie the knot. This is the number one reason respondents gave.

Some Marry for Financial Benefits

Getting married can be very practical for financial reasons. In fact, according to US News and World Report, couples who are living together but not married make only 61% of the income of those who are married. Financial advantages of marriage might include:

People May Marry for Health Insurance

Health insurance is another motivator for some who choose to get married. Sharing medical insurance for couples and families can be very cost effective and may prompt some to walk down the aisle. The Centers for Disease Control and Prevention report that married adults between the ages of 18-64 were far more likely to be insured than their unmarried counterparts. According to the CDC survey, 74.5% of insured married couples had private insurance, often through an employer. 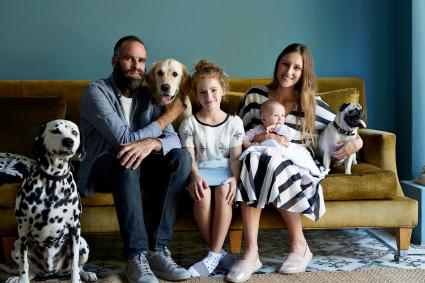 41% of Couples Marry to Have Children

The Pew Research Center survey also suggests that having and raising children may be a motivator for people to make a lifelong commitment. According to the survey, 41% of respondents listed having children as a main reason they chose to marry. The Future of Children Report from Princeton University suggests that children born in household where the parents are married get many benefits from the marriage, including the following:

Of course, these benefits only apply when children are born into a healthy, stable family environment. Being married does not guarantee that children will benefit from the parents' relationship.

23% of Couples Marry for Legal Reasons

Legal reasons are also a major commitment motivator in 23% of marriages, according to the Pew Research Center.

Almost a Third of Couples Marry for Religious Reasons

About 30% of couples also choose to get married for religious reasons, according to the Pew Research Center survey. In some faiths, a couple may not be considered married if they only complete a civil ceremony - a religious ceremony is required to confirm their union before the eyes of God. A couple who shares the same or similar faiths may want to honor their relationship with that religious commitment, or if their faiths are different, they may plan an interfaith marriage ceremony to blend their spirituality together.

Some Marry Because of Society's Expectations

Although there are no statistics to tell how many couples marry because of societal expectations, there's no denying that many couples feel intense peer pressure to marry from their parents, relatives, or other married friends, particularly if they already have children or plan to start a family. Single individuals may also be pressured to "settle down" and get married, and for some people, the appeal of a party to celebrate their union is incentive enough to get married.

While love may be the biggest reason people marry, it's not the only one. In general, people make the commitment to spend their lives together for more than a single reason. Every couple chooses to commit to marriage because it serves their needs and supports their values and dreams.

Comments
© 2006-2021 LoveToKnow, Corp., except where otherwise noted. All Rights Reserved.
Why Do People Get Married?