A maid of honor checklist can help you stay on top of all the expected duties.

The best man is also someone special. He's close to the groom, perhaps a trusted brother or best friend. Primary tasks for the best man include:

Following a best man guide can help you figure out exactly what may be expected. 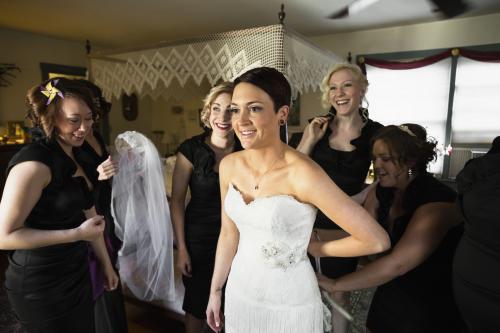 The groomsmen, or groomswomen, have similar responsibilities as the bridesmaids. 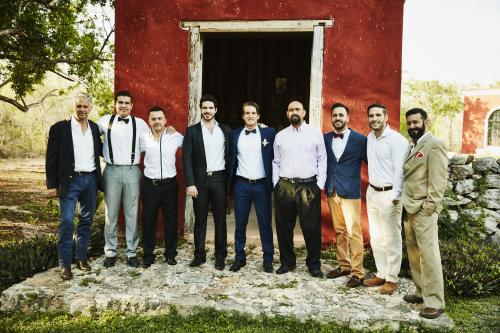 Groomsmen may also take on the duties of wedding ushers if the bride and groom choose not to have separate ushers.

The wedding ushers can be either gender. Ushers can help direct parking, hand out wedding programs, unroll an aisle runner, and seat guests at the ceremony. They may have spots at the head table or reserved seating at the wedding reception. At formal weddings, they may wear suits similar to the groomsmen, while at more casual weddings, they could wear nice dress slacks with button-down shirt and tie.

Because the flower girl is usually a very young child, not much is expected. The flower girl will usually carry a basket of flowers during the wedding processional and may even toss wedding petals on the ground to mark the bride's entrance.

Like the flower girl, the ring bearer is generally a young child and isn't entrusted with too much responsibility. In most cases, he'll walk next to the flower girl during the wedding processional while holding a pillow on which the (often faux) wedding rings are sewn.

The Role of Parents in the Bridal Party

The main role of the parents in the bridal party is to support their children, help with planning and tasks, and offer financial assistance, if they decide to do so.

While the duties listed above are traditional roles, the modern bride and groom may ask for more or less from either set of parents. If the mother of the groom is a talented decorator, she may take a more active role than the bride's mom. Some couples prefer to do everything themselves. Modern couples also may want parents to have more equal roles, like participating in a mother-son dance as well as a father-daughter dance. Don't get too tied up on precedent as a parent; just ask your son or daughter what they expect so everyone is clear.

The roles above are the ones associated with most bridal parties. However, some couples want to involve more people in their big day, so they add more roles, which may include:

The couple is free to ask anyone they wish to take part in their wedding part in a variety of roles, from traditional ones to those they create in order to include more friends.

A Position of Honor

It's an honor to be included in the bridal party, so make sure you understand your role before you accept. After all, the bride and groom will depend on you to carry out your role and help ensure their wedding is a beautiful event to remember.