Twilight fans drooled over Bella Swan's wedding and her romantic yet dramatic wedding dress. If you're marrying your own dreamy Edward, explore Bella's fashion sense to guide you in selecting an equally impressive dress for your own happily ever after.

Bella Swan is the fictional protagonist and heroine of the Twilight book series by Stephanie Meyer. In the series, teenage Isabella Marie Swan, who prefers the nickname Bella, falls in love with the devastatingly handsome and dangerous Edward Cullen, who is an immortal vampire thirsting for Bella's blood. Lethal bloodlust cannot stop true love, however, and in the fourth and final book of the series, Breaking Dawn, Bella and Edward are finally married.

While a Bella Swan wedding dress may be a hot trend for Twilight fans, the fictional Bella has very little fashion sense and instead prefers jeans and sweatshirts or t-shirts on most days. To wear a dress is a major chore and inconvenience for Bella, not to mention a hazard if it is paired with heels, as she is notoriously clumsy. In the later books in the series, Bella's fashions are heavily influenced by her soon-to-be sister-in-law, Alice Cullen, who is an acute fashionista with a vampire's unfailing memory and more than a century of fashion influence to use as inspiration. It is Alice Cullen who, in fact, chooses Bella's wedding dress in the novel.

In Breaking Dawn, Bella's wedding dress is described as an antique inspired gown dating from the early 1900s (coincidentally the time period when Edward was alive before he was turned into a vampire on his deathbed), but with an updated, modern train and veil. Few other details are given in the book, but Twilight fans can easily imagine the type of ethereal, elegant gown Bella may wear.

So intense is the speculation about Bella's wedding dress for the upcoming 2011 Breaking Dawn movie that several top wedding gown designers were asked to put together their versions of the highly anticipated dress by InStyle Magazine. Max Azria, Badgley Mischka, Christian Siriano and others created a range of fashionable choices with features such as lace, silk buttons, different types and sizes of bustles, high necks, and tiered skirts. Which dress - if any of theirs - is to be featured in the movie is a closely guarded secret, however.

A Twilight fan who doesn't want to wait for their perfect Bella Swan wedding gown can easily create a Bella-inspired style with clues from the book. Knowing that the dress is antique inspired dating from the early 1900s indicates that it will be a Victorian wedding dress, likely with features such as:

Modern touches on a Bella Swan inspired dress might include… 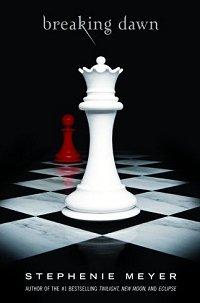 Die hard Twilight fans might choose other inspiration from the books and movies to augment their wedding attire. A line of fashion accessories bearing the understated Cullen family crest, for example, are available, including a velvet choker and other jewelry. Similarly the werewolf crest of the Quileute tribe might also be worked into Twilight wedding attire, symbolizing the struggle Bella felt to choose between her true love, Edward, and her best friend, Jacob Black.

A Bella Swan wedding dress can be a lovely and unusual choice for a bridal gown, but with its antique inspiration and modern touches, it is sure to be a classic gown, no matter which one eventually is showcased as the "official" wedding dress by Hollywood.