Marriages that are arranged can be controversial but take place throughout the world. There are different traditions, some religious, that still espouse this type of union.

What Is an Arranged Marriage?

A basic definition of marriage is a formal union of two people who choose each other as husband and wife in the eyes of a government or religious group. In an arranged marriage, the two individuals are selected for each other by their parents or other relatives. This type of marriage often broadens the relationship from an individual partnership and views the union as a joining of two groups rather than two people.

Prior to the 20th century, love-based marriage was not the norm in many cultures. Societies and cultures with a strong emphasis on family name and extended family practiced arranged marriage as a way to advance the whole family unit either financially, in social status, or in politics. Throughout history you see arranged marriages in royal families and common families during as far back as Biblical times according to the New World Encyclopedia. As people moved through each century these traditions carried on, but often also adopted new practices and procedures when societal thinking changed.

Distinct cultures and groups have different methods for choosing marriage partners which include different reasons of importance. While the concept may be hard to understand for those outside cultures choosing this style of marriage, it is important to note this is not the same concept as a forced marriage. Arranged marriages offer individuals the final say whereas forced marriages involve excessive coercion and may proceed with the union even when one individual does not consent or is under duress.

Arranged marriages are a common practice in world history says the New World Encyclopedia. There are a variety of good reasons why many groups have chosen this path.

As with any relationship, there are no guarantees for happiness. While there are plenty of good reasons to go for it, there are also negative reasons for why it may not be your best choice. Occupytheory.org suggests the only way to make an informed decision before entering into an arranged marriage is to understand the benefits and potential issues. 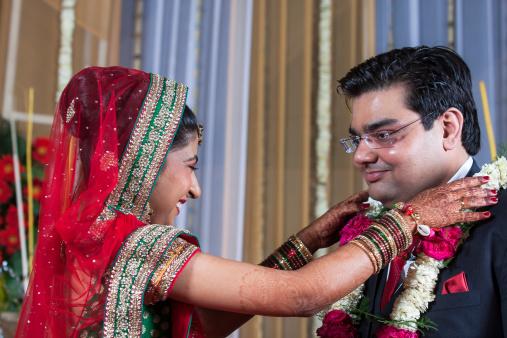 Statistics indicate arranged marriage is a modern practice around the globe. More than 26 million of these marriages take place each year on Earth. This accounts for just over 50 percent of worldwide marriages. The divorce rate for these couples is around 6 percent, which is significantly lower than divorce rates in Westernized countries, like America or England, who average 40-50 percent.

Arranged marriages do take place in America, but statistics are scarce because of the stigma associated with this type of marriage as it is often used interchangeably in the U.S. with forced marriage. While it is unclear how common arranged marriage is exactly, statistics do show this practice is common across generations in religious groups like Orthodox Jewish, Islamic, and Amish living in America. This traditional practice embraces old-world ideals and helps groups maintain a cultural identity. In one study of Indian-American couples, about half of respondents said their marriage was arranged and these couples reported the same levels of love and commitment as couples who chose their own mate based on love.

Part of the explanation for success and happiness in America is because, in general, western cultures exhibit a more modern approach to these unions. The parents help choose mates, but the man and woman to be married always have choices and the final say according to Brides Magazine.

As with many types of marriage, there is a segment of the U.S. population who practice forced marriage under the guise of arranged marriage. Unchained at Last reports between 2000-2010 nearly 250,000 children under age 18 were married in the U.S. Although the minimum age to marry in most states is 18, almost all states allow parental consent to marriage for minors. Child marriage is rare in the U.S., but is considered inhumane as long as it exists at all, like in states where it is most common such as Southern and Western states.

In Nigeria, arranged marriages are common, especially in rural areas. In a true arranged marriage there the union starts with an introduction ceremony where the two families gather so the man can formally ask for the woman's hand in marriage and offer a dowry. Then the families gather for an engagement ceremony where the woman formally accepts the proposal. These ceremonies take place over the course of a few days with the wedding ceremony directly after.

Although proper arranged marriages do exist, statistics indicate forced marriages are the norm in rural impoverished areas. As one of the world's most impoverished countries, Niger uses forced marriages of child brides to provide money for the family. Estimates suggest 75 percent of girls are married before ages 18. Other areas of Africa see similar statistics with some of the highest rates of child marriage in the world. In the Central African Republic and Chad about 70 percent of girls are married before age 18.

Indian culture embraces arranged marriage as a way for parents to help their children find the best possible mate. In India, nearly 90 percent of marriages are arranged. What's most interesting is the divorce rate for this country largely consisting of arranged marriage couples sits around 1 percent.

A typical arrangement starts when parents begin to screen potential mates for their child through networking, advertisements, and even online services. The two are introduced at a family gathering then have the chance to court with chaperones for a few days. After the brief courtship, each person then decides if they want to move forward with the relationship or not. While some might argue this practice is popular for older generations, approximately 75 percent of young Indian people say they would choose arranged marriage over free choice marriage.

Arranged marriages allow young people the opportunity to make an important life decision with the help of their friends and family. All marriages have challenges, advantages, and disadvantages and these types of marriages are no different.