Air Force wedding decorations may be challenging to find, but adding military-themed touches to a celebration can be a wonderfully patriotic way to honor both the bride and the groom.

A wedding in which the bride or groom is in the military service can be rich with tradition and symbolism honoring their service branch affiliations. From a ceremony in a military chapel to a reception at the Officers' Club or other hall on a military base, a military wedding is a unique but no less romantic occasion. While many couples prefer to use familiar classic wedding touches - the long white gown, colorful flowers, towering cake - there are many ways to add Air Force theming into the décor for a special flair.

There are many ways to add a touch of the Air Force into a romantic wedding celebration. Popular options include:

If a couple wants to go all out with Air Force wedding decorations, they could choose a specialized theme to coordinate the entire affair rather than simply adding touches of the service to their decorations. Ideas include: 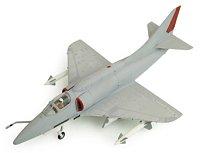 While there are many options for generic military items such as basic soldiers or camouflage gear, Air Force decorations can be much rarer. The following retailers offer a range of Air Force themed items:

There are many additional ways couples can honor the Air Force's military heritage in their wedding festivities in addition to specialized decorations. Popular options include:

From Air Force wedding decorations to full Air Force themes and special events during the festivities, there are many ways to include military associations in a special and honored wedding celebration..